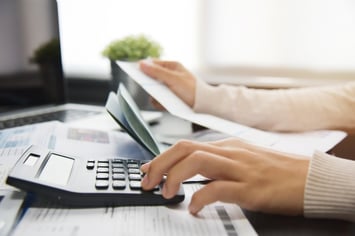 While technology has helped solve some of the money problems we’ve had in the past (being able to check balances, sending money electronically, being able to deposit checks from anywhere, etc.) it also has made us more vulnerable to identity theft. If you feel you may be at risk of becoming of victim of identity theft, freeze your credit to prevent accounts being opened in your name.

Before you were able to automatically track your spending via apps and home banking, you had to budget to make sure your money was going where it needed to go. Once you received your paycheck, you would have to sit down and pay all of your bills and then update your checkbook so you didn’t overdraw. Now, we have automatic payments, so money is going in and out of your account all the time without having to lift a finger. While this is a great way to avoid late fees and extra interest, it can also leave you with less money than you anticipated. Make sure you always have a budget and keep it updated as your money situation changes.

In 2017, it was estimated that the average American household carries about $137,063 in debt. This could include items such as credit cards, mortgage, auto loans, and student loans. Compare this to just 20 years ago when the average amount of debt was about $10,000. This makes it so important to make sure that you have a debt elimination plan in place to help you pay this down as fast as possible.